The Armorial Bearings of the College Crest were assigned by Royal Warrant in 1957 and include three key elements:

Traditionally the Women’s College colours were blue, chocolate and gold.  In modern times the deep maroon from the cross pattee and red rose of the College Crest have been used with white and navy blue as the Women’s colours.

A version of the Latin Grace, the meaning is loosely translated to: “Blessed is He and may he bless [this food] through Jesus Christ Our Lord”.

It was originally installed in Women’s garden at Kangaroo Point. After moving to St Lucia, “Eeyore” continues to live in the College gardens, despite living in constant threat of abduction from rival Colleges.

After years of being defended and rescued, “Eeyore” is now is a secure home within the Maureen Aitken Garden.

The current College mascot is a doll called Mary Wooza. The origin of this doll is shrouded in mystery. When Mary Wooza makes appearances at sporting matches and other College events, she is heavily guarded and all Woozas keep a close eye on her safety. 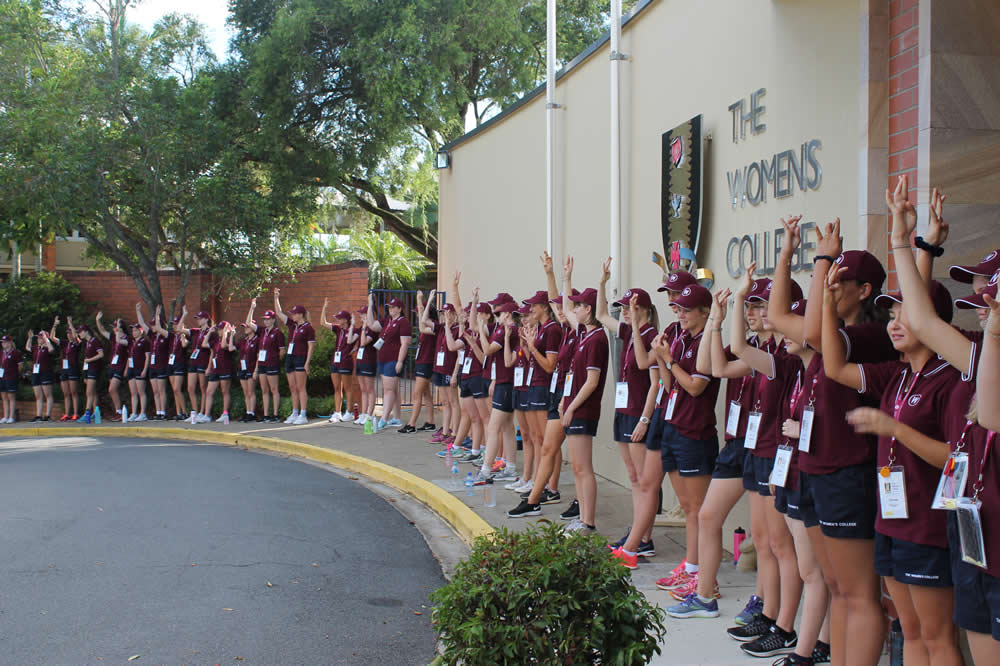